I'm a Scientist: Supported by Wellcome and UKRI
Skip to content

Students had 19 lively live chats this week  and with only 2 weeks left, it’s time for students to VOTE for their favourite scientist to be In the Zone champions and win the £500 prize for science engagement! 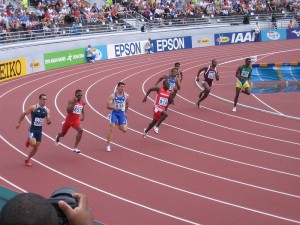 Students have been stretching their imaginations, asking the scientists over 200 questions this week.

In the 7 – 11 Zone, question of the week goes to student ayesha3 for asking: “why do East Africans win lots of endurance races? Why do people of West African descent win sprint races?”

And in the 11 – 19 Zone, question of the week is from student mrstagg, who was nominated by Jemma: “Can DNA be changed and rewritten like computer code?”

Students have been asking some pretty grizzling questions this week! In the 7 – 11 Zone, Uphill Primary students asked: “if you hang a weight from a tendon how heavy does the the weight have to be until the tendon goes twang?”

And  in the 11 – 19 Zone, students at West Kent Learning Federation Student Support Centre asked some pretty grizzling questions, including: “is it possible to rip every tissue in your body?”

Next week’s In the Zone scientists are: