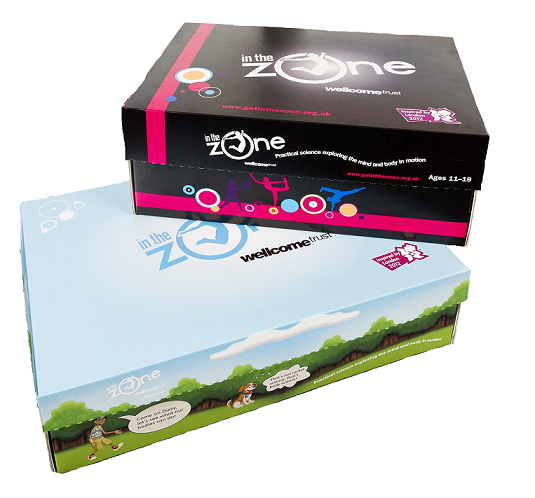 Welcome to In The Zone, where science lesson meets the X Factor!

I’m a Scientist, in the Zone has now ended! It was a free online event where students got to meet and interact with real scientists, then voted for their zone winners in an X-Factor style finale. Over 1,600 students submitted over 1,785 questions. Students had over 110 live chats with the 42 scientists. Students asked questions, learned more about the scientists, and let scientists know their opinions.

It took place from April to July 2012 as part of the In the Zone project from the Wellcome Trust, inspired by the London 2012 Olympic and Paralympic Games.

In the Zone is all about exploring the mind and body in motion, which is quite broad. The scientists were studying anything from the nutritional needs of marathon runners, to the bioengineering of knee replacements, to the psychology of teamwork.

Over March every school in the UK, all 33,000 of them, received an In the Zone science investigation kit from the Wellcome Trust. The kits will help teachers bring the science of the human body to life in the classroom.

We’ve created this special free event to compliment the science investigation kits, allowing students question scientists about what they’ve learnt from using the kits and about minds and bodies in motion in general.

For this event we had two zones, 7-11 and 11-19. From your zone students could ASK questions, CHAT to scientists in live chats, and then VOTE for the one you think deserves the £500 prize!

or see the ARCHIVE

What was I’m a Scientist, in the Zone?

Pitting students against the scientists in a live round of intense, fast-paced, quick fire online live CHATs. Students got the chance to ASK scientists all the questions they want to, then VOTE for their favourite scientist to win prize of £500 to communicate their work with the public.
Taking place over 10 exciting, inspiring and very fun weeks, from April to July 2012 as part of the In the Zone project from the Wellcome Trust.

In the Zone provides a fun, free and fascinating way of using science to discover how our bodies work during sport, activity, movement and rest.

The major elements of the In the Zone initiative are: